The classified site in the 6th district of Paris includes the banks and quays of the Seine, as well as a few historic monuments. 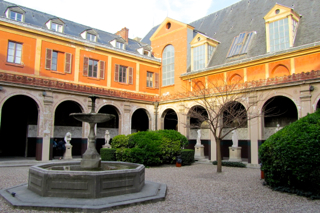 Heir to the royal academies of the 17th century, the National School of Fine Arts was located on the site of a former small Augustinian convent in 1816. Built in the early 17th century, the convent chapel is the oldest building of the school. Be sure to see the courtyard, the chapel of the Petits Augustins and the Mulberry court located in the former convent cloister. Do not hesitate to enter the main building and cross the beautiful courtyard and monumental glass building for temporary exhibitions and works by Veronese and others. 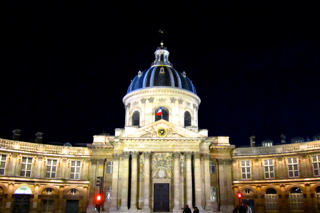 Founded in 1688, the College of Four Nations operated for over 100 years and received prestigious students like d'Alembert or Lavoisier. This building is probably one of the finest in the city with its purity of lines and its balanced proportions. Just after the Revolution it was used as a prison and granary, then quickly the Institute of France was created with the motto "patron of the arts, letters and sciences.” The Institute includes the Five Academies: French, Classical literature, Science, Fine arts, and Moral and Political Sciences.

Saint Germain des Prés (outside the perimeter of the World Heritage site)
This area, which was very popular in the first half of the 20th century among intellectuals, is organized around the oldest church in Paris. After World War II, it was the Café de Flore and the Deux Magots, as well as the jazz clubs in the neighborhood that hosted philosophers, poets, artists and writers such as Jean-Paul Sartre, Simone de Beauvoir, Boris Vian, Jacques Prévert Juliette Greco, Charles Trenet, Georges Brassens and Léo Ferré. Today the area has calmed and is perfect for romantic walks with its picturesque streets, its many buildings of the 17th century and its historic abbey.