Located at an altitude of 1,000 meters, this charming village is a typical rural mountain community where pastoral activity ran the rhythm of daily life. Inhabited since the 12th century, many facilities related to pastoralism and herding are visible near water points.

From Gèdre it is possible to access the cirques of Troumouse and Estaubé, or continue on to Gavarnie.

Moulins de Gedre-Dessus
65120 Gedre
Tel : 05 62 92 35 25.
Used until the 1970s, these water mills demonstrate an ancestral activity in harmony with nature. An interpretive trail allows visitors to discover the workings and history of the mills. Guided tours available by reservation.

This museum presents four themes for educational fun (mythical landscapes, water, agriculture, pastoralism and the UNESCO World Heritage). With its interactive elements, the museum is a good introduction to the site and its natural and cultural wealth. 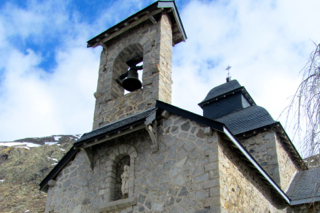 The Héas Chapel dates from the 18th century, but was largely rebuilt in 1925 following an avalanche that destroyed it. 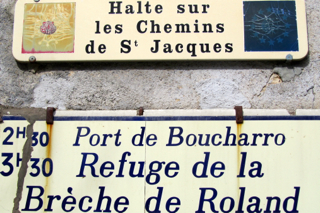 Located at 1,375 meters above sea level, the village of Gavarnie is a must on any itinerary, and this village is surely the place where visitors will leave the car (several parking lots are available, typically at around €5 per day per vehicle from July to mid-September) before embarking on foot on the trails around the area. The village of Gavarnie is the gateway to the magic of the Cirque de Gavarnie, and located on the way to one of the major routes of transhumance coming from Spain via the Port of Boucharo (2,270 meters). Around the village, traces of pastoral activity (structural and natural heritage) are visible.

The popularity and history of Gavarnie took off in the 19th century, when the mountain range became fashionable, as artists, celebrities, scientists and writers mingled there. Gavarnie became a hotbed of mountaineering and the birthplace of Pyreneisme, a movement combining mountaineering and culture. Its reputation is confirmed by the most trusted names in mountain guides that originate from this village.

The Church of Gavarnie (14th century) was a must for travelers. It was built by the Hospitaliers (monks) as a refuge before Col du Boucharo (Boucharo Pass) on the Pilgrimage Route of Saint Jacques de Compostela, and is classified as a UNESCO World Heritage site under this title. The Ordre des Hospitaliers was established in Saint John of Jerusalem in the 12th century. There are also traces of the frames of their buildings on the Causse du Larzac. (See "The Causses and the Cévennes").

Adjoining the church. Facing the Cirque de Gavarnie, famous Pyrénéistes, lovers and admirers of these mountains, are buried. From there begins the path to the Brèche de Roland (Roland’s Gap) and the Col du Boucharo  (Boucharo Pass) in particular.