The Vézère Valley possesses many treasures. Indeed, a part of the history of mankind was written here and left numerous, priceless testimonies.

Over 30,000 years ago the valley was inhabited by men and women known as the Cro-Magnons. This unique site holds a special place in the history of mankind, and informs us about the very existence of our ancestors. And there is so much evidence, thanks especially to the richness of the Lascaux cave, that a chronological framework of human history was possible. Immerse yourself in the prehistoric era and discover cultures of unsuspected wealth!

Among the many sites, caves, shelters and other cavities in the beautiful Vézère Valley, 15 sites joined the World Heritage list, and were selected for their complementarity, their diversity and their rich heritage. Each site expresses and reflects a part of the rich Cro-Magnon culture from 30,000 years ago. The different forms of artistic expression are present in these places. They do not represent an exhaustive ensemble of cultural trends already present at the time in Europe, but are the most abundant in quantity, the most spectacular in their quality and in an exceptional state of preservation. Beyond the cultural testimony that the valley offers, it teaches us above all about the very existence of our ancestors, their way of life, their social and territorial organization, their hunting and fishing techniques, their funerary rites, and their symbolic expression.

Of these 15 sites, the Lascaux Cave is of particular note, whose discovery was a landmark in the history of prehistoric art. The very large number of objects, skeletons and works of art found there provide an invaluable testimony to the quality and complexity of these prehistoric civilizations in Europe. They allowed scientists to establish a chronological framework that has become a benchmark in the world.

The prehistoric site of the Vézère Valley is a monumental ensemble of 147 prehistoric sites and 25 decorated caves. Among them, UNESCO declared 15 World Heritage Sites of humanity in 1979. The sites are particularly interesting from an ethnological, anthropological and aesthetic point of view.

Criterion (i): certain of the figurative ensembles of the caves of the Vézère are universally recognized as masterpieces of prehistoric art: the Venus de Laussel (Marquay), the frieze of horses in high relief of Cap-Blanc, and especially the famous wall paintings of the Lascaux cave, the discovery of which in 1940 was of great importance for the history of prehistoric art. The hunting scenes show some 100 animal figures, which are remarkable for their detail, rich colors and lifelike quality.

Criterion (iii): the objects and works of art found in the Vézère Valley bear extremely rare witness to long-extinct civilizations, which are very difficult to understand. This material, infinitely valuable for the knowledge of the earlier periods of human history, dates back to a period long before Antiquity up to the Paleolithic era, and is of universal interest as being exceptional from a historic, as well as ethnological, anthropological and aesthetic points of view.

The Périgord region, especially the Vézère Valley, contains an impressive density of extremely important prehistoric sites. The limestone geological formations, favorable for the natural creation of cavities, were where men found refuge.

The first sites of historical and archaeological importance were found at the base and on the walls of the valley. The main sites such as La Madeleine, Le Moustier, La Micoque gave their names to the Magdalenian, Mousterian, Micoquian, and beyond, Périgordien periods of culture. The study of these sites, along with other classified sites, helped to establish the chronology and history of the Paleolithic era. Today they remain a world reference in terms of prehistoric dating. 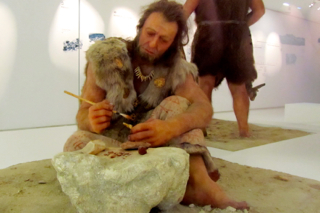 About 400,000 years ago, Homo Erectus, from Africa, already inhabited the Périgord region. We now know, thanks to the work of archaeological research conducted on different sites, that this society was already using advanced technology: flint scultping, mastery of fire, etc.

Thereafter, it was the Neanderthal man, from northern Europe, who occupied the site before his extinction there 30,000 years ago. This society left many traces such as tools, remains of hunted game and the presence of graves, which show that this was the first human ancestor who buried their dead in the context of spiritual and symbolic ceremonies.

The visible legacy today is, however, essentially composed of remains left by Homo sapiens-sapiens (or Cro-Magnon), who colonized the region there 35,000 years ago, giving us an exceptional heritage, remarkable for its artistic and symbolic expression. The ornaments, sculptures and bone and stone engravings are abundant. This human ancestor also adorned caves and shelters with lavish decor. The study of his lifestyle teaches us that these hunter-gatherers mastered advanced techniques for stone working, bone, wood and ivory.

Why so many prehistoric remains in the Vézère Valley ?

During the Ice Age, the populations of northern Europe found refuge in the Aquitaine basin. The Vézère Valley was a haven for the Neanderthals and Cro-Magnons. The establishment of communities in the valley was made possible thanks to optimal living conditions. Climate, many shelters and refuges, and abundant natural resources (fish, game, raw materials for tools), made the site suited to the lifestyle of the time.

The oldest traces of a "modern" man date back about 200,000 years. But these men lived in Africa, in the cradle of humanity. Neanderthal man occupied the premises at the time of the Mousterian period (Middle Paleolithic era), more than 40,000 years ago.

Cro-Magnon was a contemporary of the Neanderthals, before his extinction about 30,000 years. He developed the first culture of the Upper Palaeolithic period (approximately 40,000 to 10,000 years ago). The anatomy of Homo sapiens sapiens (the other scientific name of Cro-Magnon) is very close to ours. It therefore represents the oldest modern European humans, and it is here that in 1868 the discovery of a Cro-Magnon burial ground overthrew the scientific knowledge of the time. Prehistory entered the history of mankind.

The Upper Paleolithic era is the assertion of an unprecedented cultural development. In comparison with the Middle Paleolithic period, the Cro-Magnons had evolved from a social, artistic and technical point of view. They made sophisticated stone, bone, and ivory tools. They structured their social organization, developed social bonds, developed a language, hunted in groups, and perfected weaponry. They especially excelled in the rock art that adorns the caves and cavities. These engravings, paintings, drawings and sculptures are of a high artistic level and characterize the culture of our ancestors. The adornment and jewelry they found are evidence of this aesthetic concern, unique to their developed society.

The Cro-Magnon mastered their techniques. Imaginative, they adapted to working on surfaces using pigments or the most appropriate utensils, sometimes combining them for exceptional rendering, precision and breathtaking finesse. The most common are representations of animals, in particular horses. Rather mysterious geometric representations are also quite common, though human figures remain exceptional.

The artists selected their tools depending on the surface materials they faced. On rough surfaces they preferred painting or drawing. In places with softer rock they opted for engraving, although it was possible to paint on these surfaces by spraying. On clay they used their fingers. Especially in Lascaux, the animals seem merely sketched, but ultimately come to life with the shape of the wall and its natural contours, suggesting a vision in 3D. One can legitimately ask how they were able to paint in almost total darkness. Indeed, this was the main argument for opponents of the recognition of cave art in the 19th century. For them it was impossible to paint in these conditions, thus calling into question the very existence of a prehistoric art. In reality, the Cro-Magnons used limestone pads whose center was widened slightly to accommodate the animal fat used as fuel. Several hundred of these lamps were found on site. Some models are particularly sophisticated.

The caves of the Vézère Valley were not places of permanent residence. They were used for artistic purposes. At best they served as a shelter. However, the archaeological objects discovered are exceptional in their quantity and variety (flint and bone tools, engraving equipment, shell ornamentation).

To achieve these paintings, the artists used relatively few pigments, mainly black with yellow, red or brown with a few variations. Plant-based pigments did not make it through the centuries, as the paintings we see today are composed of pigments made of iron, manganese or charcoal.

Painted representations on the cave walls only address three themes: animals, human figures and signs (more or less developed). The first is by far the most represented: horses being the most numerous followed by deer and aurochs (a sort of wild ox), then ibex and bison. Predators: bears or cats, are represented more discretely. Figures of man are rarely present, and if so only one per site. However, certain anatomical parts are more frequently represented: hands, female and (rarely) male genitalia. However, the natural environment and wildlife are themes that are absent in the frescoes. The signs represented on the walls are of two types: single (one line) or more elaborate (geometric shapes).

The three artistic techniques used in the wall art iconography are drawing, engraving, and to a lesser extent, painting. The first two have an important place in the decoration of caves and shelters. The paintings, less common, are particularly admirable at Lascaux. Spray painting and sculpture appear shortly after (25,000 to 20,000 years BC).

What makes these works even more exceptional is that with so few tools, those as simple as flint, blocks of pigment, rudimentary mills, some brushes and stamps, skin pouches ... these artists produced paintings of great iconographic cohesion (slots dedicated to each animal) with an attention to detail and the sometimes spectacular relief. The expression of depth or perspective is often suggested on anatomical paintings highlighting or emphasizing certain traits.

Tourist Offices in the Vézère Valley

Markets in the Vézère Valley

Local Farmers’ Markets (direct from producer to consumer)
Saint-Amand-de-Coly: Place du Séchoir. Tuesdays in July and August, in the evening.

Main museums of the Vézère Valley 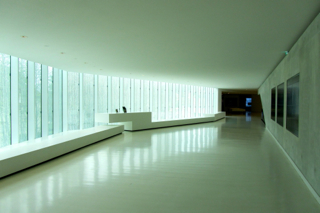 At the International Prehistoric Welcome Center, visitors can prepare their stay in the prehistoric valley according to different interests. It is a place of learning and discovery of the world of prehistory and of the Vézère Valley. For children, there are many educational, fun and interactive media to help them understand the history of the Cro-Magnons. 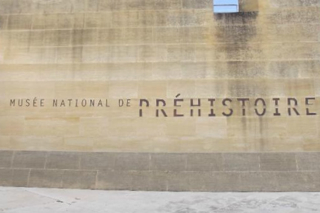 The National Museum of Prehistory offers a journey of discovery retracing 400,000 years of history, the changing lifestyles of prehistoric men and their tools, life-size reconstructions of extinct animals and men, a very impressive Bison skeleton unearthed the site of the Madeleine, and a mold of the skeleton of Lucy. Recommended for the end of your stay to deepen your knowledge. Features a beautiful view from the terrace overlooking the village.

For children: fun visits and workshops.

The center is best explored in before visits to the different sites, and in particular the Lascaux cave. The museum space and the zoo offer scenes that plunge visitors into the Upper Palaeolithic era. The museum showcases the art of Lascaux, its paintings and drawings: the Nave and the Scène du Puits (Scene at the Well) at Lascaux are reconstructed here. Visitors will learn all about the works of Lascaux, from the techniques to the tools. The zoo is meant to revive the species from the Upper Paleolithic era (bison, aurochs, Przewalski and Tarpan horses, deer) and presents reconstructions of extinct species (mammoth). In the summer and during school holidays: introduction to the techniques of wall art and lance throwing. Educational workshops. Boutique, bookstore, picnic area.

Getting to Vézère Valley

By train and bus
Paris-Toulouse Line: Brive (Corrèze) and Souillac (Lot).
Connection from Brive by bus to Montignac - Lascaux

The selection of accommodation proposed below consists of establishments that offer quality services at competitive rates, they are considered as references in their respective categories. These addresses are very close to the classified sites. The prices shown are for the off season, on the basis of 2 people.