The 8th district of Paris follows the great axis from the Louvre to the Place de la Concorde and continues outside the classified area to the Champs Elysées, opening royally toward the Arc de Triomphe. 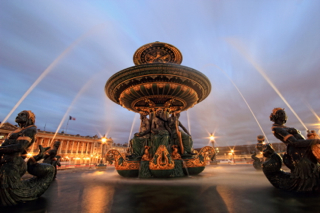 Changed from Place Louis XV in 1755, then to Revolution Square, and finally to Place de la Concorde, it symbolizes reconciliation and national harmony. The largest square in Paris, it became, just after the Revolution, a trendy place for public execution. Louis XVI, Marie-Antoinette, Danton and Robespierre were all guillotined there.

In the mid-19th century it took its current appearance, drawn by Louis-Philippe. The obelisk was given by the Pasha (viceroy) of Egypt. 3,300 years old, this monumental obelisk covered with hieroglyphics is 23 meters high as was erected in 1836. It took four years to arrive in France from Luxor.

Located at the foot of the Champs-Elysées, the square is now surrounded by prestigious hotels and fits nicely within the urban plan, respecting the view from the Tuileries to the Arc de Triomphe. Lighting up the dark in the age of electricity, the then prestigious square became a symbol of the City of Light. 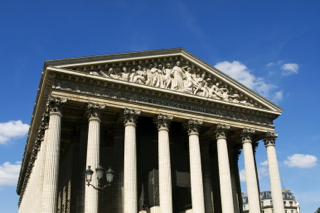 This sanctuary houses the revered relics of Saint Mary Magdalene, witness of the resurrection of Christ and announcer to the apostles.
The first church dedicated to Mary Magdalene dates back to 1492. The reconstruction of the church was decided in 1757, and was completed in 1842. Its appearance is more reminiscent of an ancient Greek temple than a church. Indeed, during its construction Napoleon made it a mausoleum for the Grand Army. Very far from the standards of the churches of the time, it has neither crosses nor outside bells but many Corinthian columns and two monumental gates. The construction of this monument was part of the vast global development plan of the west side of the capital, including the Place de la Concorde.
The church houses a magnificent Cavaillé-Coll organ. Concerts at night. 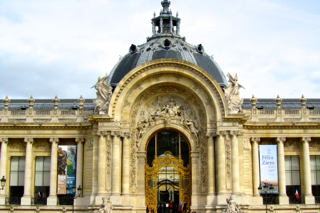 The Petit Palais is a gem of late 19th century architecture. Built like its neighbor, the Grand Palais, for the World’s Fair of 1900, it now houses the Museum of Fine Arts of the City of Paris. In addition to the undeniable charm of the building, it is the interior that surprises visitors.

Composed of paintings and sculptures from the early 20th century and celebrating the Art and the City of Paris, it took 20 years to complete its decoration. The entrance hallway is decorated with four panels: Mysticism, Physique, Thought and Matter. In the Great Gallery, the history of Paris is illustrated, from Antiquity to the French Revolution. Another mural tells the story of modern Paris. The decorated ceilings of the pavilions celebrate famous intellectual triumphs and women. The Dutuit Dome traces the history of French art, and is decorated with portraits of artists and their works. You will also notice the beautiful stained glass windows at the entrance rotunda and the large mosaic pavement created by the famous Italian artist Facchina. Finally, the interior garden invites you to take a well-deserved break among the female figures symbolizing the seasons.

The museum's collections span from antiquity to the 20th century and have a wide variety of works: paintings, sculptures and objets d’art. The ancient and medieval collections are presented alongside the works of the French and Italian Renaissance, as well as Flemish and Dutch works. The Petit Palais hosts a magnificent collection of French paintings from the 19th century from the greatest artists of the time (Delacroix, Monet, Sisley, Renoir, Toulouse-Lautrec, Courbet). 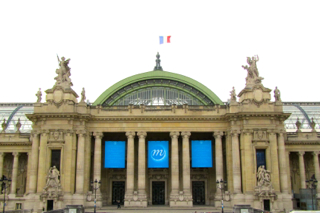 The Grand Palace was built for the World’s Fair of 1900, a showcase for arts meant to demonstrate the vitality of contemporary art in all its forms (exhibitions, cultural events, concerts, art market). Its architecture, iron and stone, made particularly impressive by the monumental glass of the nave, the largest in Europe. The monument also houses the Palace of Discovery and the National Gallery, homage to other forms of creativity: cultural, scientific and technical.
A self-guided family tour consists of questions for children and parents, a fun and creative way to discover this wonderful building. 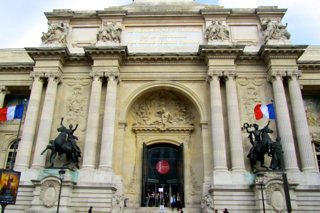 Discovery Palace, a family museum. Located behind the Grand Palace, the Palais de la Découverte is both a science center and museum for children. It features permanent and temporary exhibitions, as well as a planetarium addressing the fields of astronomy, astrophysics, life sciences, physics, chemistry and mathematics. Children can participate in workshops and attend scientific lectures in which they conduct experiments. 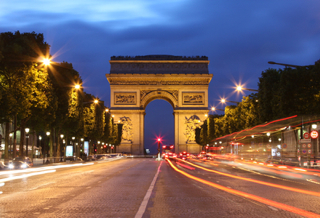 The Champs Elysees (outside the perimeter of the World Heritage site)
Who does not know of the street some call "the most beautiful avenue in the world,” which connects the Place de la Concorde to the Arc de Triomphe? The development of this boulevard began under Louis XIV, and we owe its beauty to André Le Nôtre, landscape architect who created the gardens of Versailles.

But it was only from the 19th century onward that the Champs Elysées became a district composed of luxurious mansions and beautiful gardens. It is situated near the Place de la Concorde, between the Grand Palais and the Palais de l’Elysée, residence of the presidents of the French Republic. The English gardens, laid out in in 1859, are lit by chandeliers, and fountains and groves make it a privileged walking path.

Today the street is lined with prestigious hotels, fashion boutiques, restaurants, cinemas, and large, prosperous companies, making it a temple of shopping for high-end consumers. 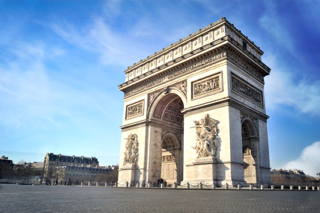 The Arc de Triomphe was completed in 1836 under Louis Philippe. It is dedicated to the armies of the Revolution and the Empire. Its architect (Jean-François Chalgrin) was inspired by the ancient Arch of Titus, but in monumental proportions: 50 meters high and 45 meters long. At its base, the flame of remembrance recalls the presence of the Tomb of the Unknown Soldier, buried here in 1921. From the 19th century onward, the Arc de Triomphe became a national symbol and the location of patriotic ceremonies. The sculptures that adorn it are the work of renowned artists: Cortot, Etex and Rude.