Abbey Montmajour represents an outstanding architectural ensemble that showcases eight centuries of monastic life. The abbey has a building from the 10th century, and a church and a Romanesque cloister from the 12th century, built by Benedictine monks. Montmajour was enlarged in the 18th century with a second monastery, the Saint-Maur building. 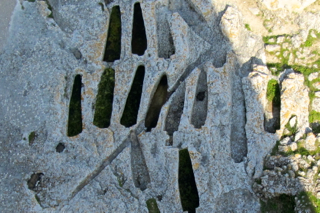 History of Abbey of Montmajour

Originally, the abbey of Saint-Pierre was founded by Benedictine monks on the "Mont Majour" (the big mountain) in 948. They later built the monastery of Saint Peter (which remains well preserved) between the 10th and 15th century, as well as the Romanesque Saint-Pierre hermitage (from the 10th and 11th centuries), which is closed to visitors for security reasons. The rupestrian necropolis was installed on the summit of the hill and around the Sainte-Croix mortuary chapel from the 12th century. 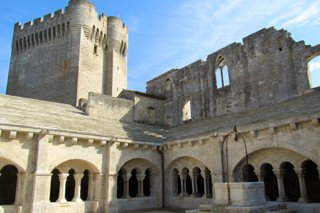 The visit begins with the beautiful crypt that supports the high church, or abbey. Its impressive volumes are made solemn by the use of stone. The visit then continues to the cloister. The heart of monastic life, the abbey is characteristic of Romanesque buildings of the mid-12th century. The cloister, restored in 1872, leads to the convent buildings: chapter house, refectory, cellar, library, kitchens ... The Pons de l'Orme Tower overlooks the cloister buildings. The top of the tower features a magnificent view of the valley.

The second architectural ensemble consists of the monastery of Saint-Maur, built during the first half of the 18th century. It became the residence of the reformed Benedictine community of Saint-Maur (closed to the public). In 1791, the building was sold and transformed into a stone quarry. The buildings, partially destroyed, were saved by the city of Arles, which repurchased the site in 1838 and undertook its restoration.

For children: a booklet with explanations and games for following the tour of the abbey is available at the reception desk.